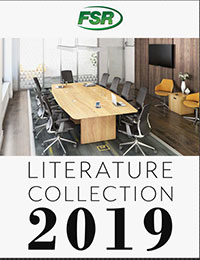 The One Button Studio: A Real-Life “Roll” Out at Notre Dame

This information was provided by Jim Spencer and Nick Page from the Mendoza College of Business at the University of Notre Dame:

I mentioned that we’ve been playing with the 1 button studio concept a little bit, so I wanted to share our work with you:

The first one that we did was a rolling recording cart. The concept was to invest in one deluxe mobile system that can be used anywhere, instead of installing multiple smaller systems in some rooms and not others. It’s got a camera, a PZM whole room mic, a handheld/lav pair, and 8 wireless RevoLabs ‘pucks’ that we can throw around the room for full microphone coverage. The cart has an audio DSP to handle all of the mics, and it also has a video to USB bridge and a recording appliance. We can record, and/or connect to a classroom lectern via USB for a Zoom call. Since it’s a Rolling Recording cart that can Zoom too, we call it R2-Z2. Here’s what our rolling cart looks like: http://imgur.com/a/i6MRX (I’ll try to get nicer pictures that aren’t in a storage closet tomorrow, and I’ll add some captions to the album as well)

The other system that we’ve done is an installed (although temporarily installed) 1 button studio in a conference room. It’s much simpler, and only uses a single mic. Since it was our first go at this sort of one button design, we call that one OB-1. Here’s what that room looks like: http://imgur.com/a/NBkWM

R2 and OB-1 are both operated with a single big red button, and use the same Crestron code. R2 has more mics, rolls around, and is designed to connect to a computer for Zoom, and OB-1 is installed, has studio lighting, and a foot switch. We don’t quite have a published equipment list or anything like that yet, but the plan is to share all of it, including my Crestron code, so that other schools can copy and modify what we’ve done.

I hope this is interesting to other schools!

There are no comments posted here yet

RT @FSR_Inc: #avtweeps Smart-Way raceway is up against some tough competition and needs your vote to move it on to the finals. Use the link…

RT @MyRscLibrary: Have you seen the new Smart-Way Raceway from our friends at @FSR_Inc inc All the details are now live on the MRL blog! >>…

RT @AVTechnologyMag: .@FSR_Inc has updated its Smart-Way Raceway enabling it to be used as an in-floor solution in addition to its original…

RT @FSR_Inc: Big News Friday #avtweeps: The Smart-Way is not only capable of being used on-floor, but now also in-floor. This means one ra…

RT @FSR_Inc: Our products are designed to address the way we work and approach business in the 21st century. 1. Concertto Cable Managemen…