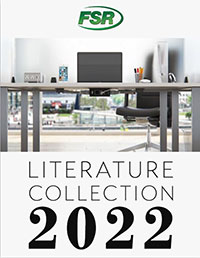 The use of Facebook as an educational tool appears to be a polarizing topic among many of those within the field of education. A large majority of educators, particularly those serving in basic education (i.e. K-12) capacities, straight-out fear Facebook use, having been scared (and scarred) by the many stories of disciplinary actions taken against educators who used Facebook unprofessionally (whether by accident or knowingly) (Carter, 2008). Others avoid Facebook use out of disinterest, being of the mindset that education likely has little to gain by integrating a media that was designed to be social by nature (Charnigo & Barnett-Ellis, 2007). The targets of this article, however, are educators that acknowledge the works of educational Facebook use researchers. This body of researchers recognizes an opportunity to enhance traditional learning using Facebook (Chou, 2012; Junco, 2012; Ömer 2012; Ranieri et al. 2012; Yunus et al., 2012; Hart & Steinbrecher, 2011; Lampe et al., 2011; Malita 2011; Promnitz-Hayashi, 2011; Teclehaimanot & Hickman, 2011; Davis, 2010; Kabilan & Abidin, 2010; Maranto & Baron 2010; Madge et al., 2009; Muñoz & Towner, 2009; Selwyn, 2009; Carter 2008; Mazer et al. 2007; Stutzman, 2005). What has compelled this group to become knowledgeable about educational Facebook use? To begin with, the majority of the literature has accepted the statistics that 90% of the nation’s students are using a social networking website daily (Junco 2012; Fogel & Nehmad, 2009; Steinfeld et al., 2008) and that 97% of those students are using Facebook (Junco, 2012). Now combine this ever increasing statistic with the versatile interaction tools Facebook continues to add. The result? A group of educators who recognize the sheer logic of bringing educational material to students via a medium they already frequent and are highly adept at using (Hart & Steinbrecher, 2011).

At the most basic level, Facebook is being successfully used to disseminate supplemental information and material to students via a Facebook page (Muñoz & Towner, 2009). Think of a Facebook page as being an individual’s own website, but hosted on Facebook, which offers the advantage of making its information available on a platform students already frequent. Its information is also easily accessible to Facebook’s 800 million users (Promnitz-Hayashi, 2011). Teachers are using Facebook pages to post assignment reminders, lesson plans, class notes, important announcements, exemplary student works, and useful enrichment material (Muñoz & Towner, 2009; Carter et al., 2008). Any educator, unless bound by institution policies, can utilize Facebook in this capacity.

In addition to studies designed to ascertain how Facebook is being used in educational settings, there are also studies that were designed to identify the ways teachers and pre-service teachers use Facebook to communicate with one another for educational purposes. In their (2011) study Hart & Steinbrecher covertly examined the public Facebook timelines of approximately 100 pre-service teachers and identified that educational Facebook use was occurring for the purpose of collaboration. This collaboration consisted of discussions concerning lesson ideas and the sharing of useful student teaching experiences. Ranieri et al. (2012) conducted a study in which approximately 1,100 teachers, who all utilized Facebook professionally for at least one year, were surveyed about their purposes for using Facebook. The primary reported reasons for educational Facebook use were to share useful educational information (e.g., state teacher certification procedures) and, most importantly, digital teaching resources. A smaller percentage indicated educational Facebook use due to the desire to understand and master professional social networking.  This study also revealed that Facebook is the preferred social networking website for professional social networking because it is seen as having the largest potential educator audience. Additionally, Facebook was viewed as being the most efficient social networking website in terms of communication (due to the speed at which one can connect to Facebook, create a post, and receive a response).

Given that many of the researchers cited, as well as daily practitioners who have not published their activities, are interacting with students via Facebook daily, it makes sense to examine students’ views regarding such interactions. Teclehaimanot & Hickman (2011) identified this need and methodically surveyed approximately 50 students (using a 40 question Likert scale survey and supporting interviews) concerning these views. The results indicated that students find passive teacher Facebook use more appropriate than active teacher Facebook use (passive and active termed by Teclehaimanot & Hickman). The authors explain active Facebook use as any Facebook action initiated by the teacher. For example, requesting Facebook friendships with students, commenting (socially) on student Facebook timeline posts, and teacher timeline posts containing non-objective material (political views, words of personal frustration, etc. were considered active and undesirable by the student. Passive actions, however, such as accepting student initiated friendship requests, and untraceable actions such as viewing public student timeline posts, were seen as acceptable by the surveyed students. Mazer’s (2007) study sought to identify the effects of Facebook teacher self-disclosure (i.e., the professional and personal information a teacher makes available to students) on student learning. The study surveyed approximately 130 students after each was shown a teacher Facebook timeline that contained either a high, medium, or low amount of teacher disclosure. The high disclosure Facebook timeline contained personal information such as posts about daily activities and experiences in addition to standard items (e.g., one’s name, photo, hometown etc.). The group of students who viewed this high disclosure Facebook timeline reported a significantly higher percentage of positive perceptions than observers of the medium and low disclosure timelines.

Are you enjoying this post about the educational applications of Facebook? If so, we encourage you to continue on and read Part 2: